5 years ago | By My Bulawayo | Posted in About Bulawayo, Arts, Entertainment, Fashion, Fun, local news, News and Updates

The clock is ticking, time is moving, its 16days 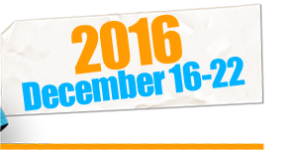 23 hours left before the Ibumba festival roars into life. Get your ticket which  has been set at $2 all an all day ticket to most events. There will be a few events which will be priced at $5 and $10 per ticket. tickets are available at Stanley Hall & Square and the Kodak Centre in KoBulawayo.

iFest still aims to be the largest arts event in the greater Bulawayo community in December. Activities have been lined up for this year Ibumba festival, from plays, to musical concerts, laughter as comedy session promises to live people asking for more. The ibumba festival runs from the 16th of December to the 22nd of December.

The 8th Ibumba Festival will run for 7 days, in various venues across the city of Bulawayo specifically presenting 8 major shows in theatre, music and dance. In all we will present more than 40 shows in 8 temporary spaces, including the main site of Stanley Square in Makokoba.  This year festival promises to be the cut above the rest as the South African house music duo Black motion are set to thrill the crowd on the 21st of December at Hatsfield in koBulawayo.