5 years ago | By My Bulawayo | Posted in Centrestage, Spotlight

Tell us how Curate Bulawayo got started
Curate Bulawayo started out as an initiative that would bring
Bulawayo natives on a single platform. The idea was of getting people to engage in conversations about the City Of Kings on an online forum.
It then started as a twitter account (@CurateByo) that has a different user every week that curates his view of situations.

What is the main objective behind Curate Bulawayo
Curate Bulawayo seeks to create a positive information flow about the city.
It is a live platform that never sleeps and keeps people in the know of past, present and upcoming events happening around. And mostly what happened at these events (this is the juicy part).

Tell us how effect it has been

Quite a number of curators are abroad and when they come on board,
they feel a taste of home and are instantly in touch with what is happening in the city.

How Bulawayo has responded to it
The response has been too awesome. I never thought we would survive
this far. We have more than 40 weeks in existence and curators have been turning up from week 1. The list of future curators just gets longer! Bulawayo will support a positive thing that brings unity and I have never faced any hate from Bulawayo regarding the movement

What are the plans for the future
The future looks mnandi! We are just too optimistic. We oversee
endorsements from the corporate world and being called to cover big events. We want to launch a clothing label so people can represent their city in style.

How does one get involved?
There is a Google form that one fills with their request details
and the link can be found on the page. Alternatively email curatebyo@gmail.com and we will send you the details or hit the webpage www.curatebyo.wix.com/curatebyo

Tell us how you have used the platform to promote artists

I have promoted a number of local artists through the platform.
Some who are even based oversees. I have a package for artists that I disclose to interested artists. Its basically a win-win situation. It is what of what keeps the movement going.

What can we expect within the next few months?

We are having our first anniversary and are planning a star-studded
party somewhere in the city. We will have performances from some of our promoted artists. The proceeds of the show will go to charity.

What would you want Bulawayo to know about Curate Bulawayo?

Social media is not only for playing, but you can follow Curate
Bulawayo for some worthwhile discussions and also contribute to pushing the city forward.

How would they get hold of you
Email curatebyo@gmail.com follow me on @CurateEarth or App 0772545417

We have been focused on Curator, who is the man behind Curator?

My name is Valentine Tusai. I am the founder of Curate Bulawayo. I am a Mining Technologist by profession. An upcoming poet and author. 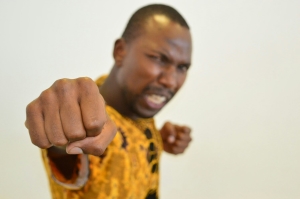 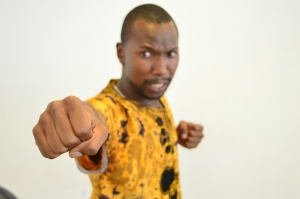