Spotlight with I Am Langa

6 years ago | By My Bulawayo | Posted in Spotlight

My name is Langelihle Ndlovu, I am the first in a family of three, and I am 23 years old. I grew up in Luveve 5, which is a typical lokishini setting. My grandmother raised me up until I left for university in Harare. I am just a typical girl from the lokishini a set up I am sure that 70% of Bulawayo can definitely relate to who I am cause people know how we grew up that side of town. There was nothing special about my upbringing, I went to a local primary school and then an Anglican high school. There is really nothing about my past really outstanding that is why I think people understand.

I am a musician by heart and artist by birth. So, what most people know me for is music as that is how I broke through. With the exposure to the entertainment industry through music I realised there was a whole lot more I could do. In 2013, I realised my first official single, which was super awesome. The reception was great and that is how I made the name Langa. I never change my name to a stage name. I thought to myself “why change it?” There was a time I was known as ‘Sunshyn’ ,but I decided to keep it real,” That is how Langa the musician was born.

After that I ventured into other things and I got discovered by a guy called Jerry Makawa who is a producer in Harare and next thing I was on T.V. presenting on a show called Zimbabwe Inestayira. That put me on a platform for people to connect the voice and the visual. Langa got a face through Zimbabwe Inestayira. From then it has been documentaries here and there, and I have also worked on a couple other projects including radio and television commercials.

And the as time went on with my involvement in the music industry, I had a lot of encounters with people in the broadcasting industry. This was due to the notoriety I had gained through Impilo Yami, and I went for a whole lot of interviews. What made the StarFM thing happen was after coming from a radio personality interview with StarFM I was called back by the secretary after having said my goodbyes. Admire Taderera had requested to see me. So Comfort Mbofana took me to him and he complimented me, telling me I sounded good. I jokingly said if ever they had a post they should let me know. From then we started that conversation and a couple of months later I got a call from Comfort Mbofana saying they wanted a Bulawayo representative on ground and I won’t lie first time I turned him down because of school pressure but when that was over I decided to follow my dream regardless of the fact that I hold   a BSC Hons. Political Science Degree. That is how I got involved with Skyz Connect. I am enjoying it and it has been a crazy road.

In 2014, I released another single and reception was not good as the first single but it kept me going. However, I managed to ride the wave I had created with first single. 2015 I am releasing another single and people are asking me to do an album. No, I won’t do an album, well not as yet.But look forward to collaborations with Calvin, The Djembe Monks, Mj Sings, Tehn Diamond and many other Zimbabwean artists. 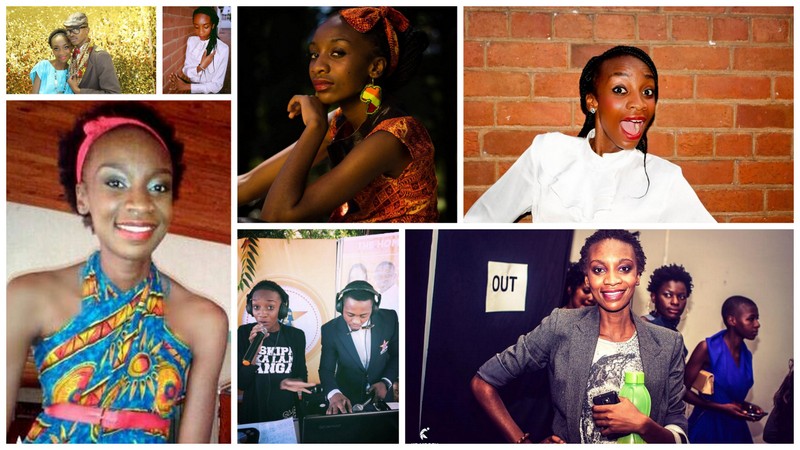 There are a whole lot of things happening. Music is a big part of me and I do live performances at Mashes by Tregger House. For months, I played there with Acoustic Flair every Friday. Even though I debuted as a house artist we did Jazz Afro pop kind of music. I did my songs and some cover songs. With that I feel Langa is still a growing brand and I have myself doing runway shows and modelling and between all of those things I think the album can wait. I want to do the album when I feel that I am now well rounded in music and present to the people a full musical package. Ubude abujahwa.

Unbelievably I have an 8-5 job as an administrator at a city firm. Average day is me getting to work at that job. Every Monday and Friday morning I do Skies Connect from 7:30 -8:00. I still go to many events to network and show my appreciation for local talent and art.I really love going to arts and culture events, poetry slams and such. Now working with Skies Connect makes going out to such events imperative to highlight to Zimbabwe what is happening in Bulawayo.

So StarFM has plans to establish itself in Bulawayo in the near future and every time they are here I feature in every single show. I feel moved to try to bring the radio to the people. Highlighting what is happening in Bulawayo in terms of arts, as we all know that Bulawayo is the capital of Arts and Culture of Zimbabwe. I try to interact and mingle with Bulawayo artists to help get them airplay and limelight. I try to help where I can.

Every once in a while I do fashion shows. I MC a lot, fashion shows, business functions and weddings though weddings I am still new to that. I have pulled off two weddings despite the scepticism that women cannot MC wedding. It has been awesome and I have needed to be brave for that. I continually find myself in front of people talking, Being out and about mingling. My album may not be coming soon but I am doing a lot of featuring for other artists.

Balancing time and knowing what to do when has always been my challenge. From the time I was in college I have always been involved with the entertainment industry doing shows. In college I did backing vocals for Alexio Kawara for over a year before I released my single. It was a big challenge balancing the two as I found myself skipping classes at UZ and being told I will fail. I even thought of dropping out thinking school wasn’t for me, but through God’s grace I made it, both in music and university. Grace and preparedness have helped a lot.

Thanks to Alexio Kawara when I did backing vocals for him he encouraged and catapulted me to do my own thing as a solo artist. The whole time I was doing backing vocals for him, I was hidden, and he helped mentor me and helped me grow in my performance confidence.During my stay in Harare a very good friend of mine Nqobizitha Mlilo also known as Enqore  introduced me to avery talented producer bythe name SQUASH. Mpilo yam’ was his baby and he did an awesome job mastering it I then started doing shows by myself and I did a couple of appearances at Book Café and the Zimbabwe German Society, Miss UZ and some fashion shows. For fashion shows I was a guest artist. After that I released my first single and that when things took off in the music industry for me.

I have worked Alexia Kawara, Prudence Katomeni-Mbofana of the BP yangu yakwira fame. We worked on a HIFA project together in 2013 and it was an amazing experience to work with them both.I have also worked with Willis Wataffi and Tazz of Africa revenge, Calvin, Russo Charadza, Tawanda Mauchaza, Centre Party, Flow Sik,EX Q, and the inspirational Siwakele Ndlovu AMOUNG OTHERS,THE LIST IS ENDLESS.

In the line of industry I am involved in, be always prepared. I now try my best to be as prepared as I can be because you never know whom you are going to meet. An example I can think of is earlier this year I went to the MetroFM Awards. I was not prepared, I thought was but I wasn’t. I was not mentally prepared for that kind of a scenario where you standing in an area of approximately 50 by 50 metres and every single South African music star you can think of is there looming around waiting to talk to someone. I just didn’t know what to say, I thought I had my questions queued in my head but I did not expect that kind of surrounding. Once you go through something like that you come back with a different mind-set. The exposure was great, I got star-struck. I remember having a conversation with Unathi and her asking what do I do, and where I am from and I was shaking. It blew me away. As much as that happen I realised that I need to be always be prepared mentally.

Yes, I have. I have interviewed Khanyi Mbawu. In fact, when I was waiting to interview her, just waiting for people who had went before me to finish I realised there were two guys next to me. So I got into a conversation with them about how crazy it was that we were where we were. We had a conversation and few moments later they are doing the awards. They won three awards and they turned out to be the Beatenberg guys. All the while I spoke to them I did not know who they were. Was another lesson in being prepared, knowing and understanding the arts as a business so as to be able to market yourself as a product.

Pray, some of these things just do not fall from the skies it’s not manna. You have to draw them to you and ask for guidance from God. I am aware that some people may have different belief system  to Christianity but I would say align yourself to the Higher being keep in check and have clear focus.

There has also been a lot to take in, I am only 23 and I grateful for the opportunities and would love more, and working with much more experienced people has been very helpful. I know am not the first or last person to di this therefore I should always acknowledge people I work with.

Thank you very much for your time