Is this the stage to be promoting foreign languages in Zimbabwe?

4 years ago | By My Bulawayo | Posted in About Bulawayo, Arts, Communication, General Articles, local news, News and Updates, Residents, Uncategorised 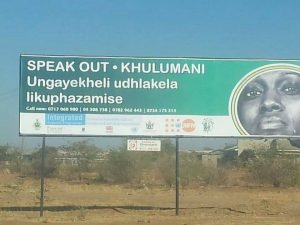 Ni hao, Chinese for “hello,” or ting bu dong, meaning “I hear you, but I don’t understand,” are two expressions one often overhears today in the streets  Zimbabwe. It is one of the results of tenacious efforts by governments, private companies and individuals across Africa, but in Zimbabwe particularly, to learn the Chinese language and understand China’s culture. Recent the social media has been abuzz with the public engaging each other and expressing their views concerning the new curriculum that the ministry of primary and secondary education  adopted.

The new curriculum sees students adopting foreign languages in schools and many parents have seen this as a huge disaster from the Ministry of Primary and secondary education.

The minister of primary and secondary education Dr Lazarus Dokora, announced the adoption of the new curriculum earlier this year and it was adopted when the first term season started.Many parents expressed dissapointments in the adoption of this new curriculum as some phophecised the failure before its implemented. My Bulawayo news reporter took to the streets of Bulawayo to engage the residents concerning the new curriculum and the main issue being the implementation of Mandarin the chinese language as one of the subjects to be taught.

‘ This will create confusion amongst the students who are still finding it hard to learn and pass Isindebele or Shona and Its a well thought idea but not at this stage” echoed one elderly parent , ” when we adopt theses foreign languages what happens to the language of our fore fathers?” asked one disgruntled lady. The adoption of the new curriculum has been the talk of the town and everyone has had a few sentiments to share surroundings the implementation of the new curriculum.

We spoke to few business man around the city of Bulawayo regarding the Chinese language to be adopted in schools and the ever increasing number of Chinese people in Zimbabwe and how it will affect business. Zimbabwe signed aa  bilateral relationship with China. It launched the Look East Policy in 2003 to give priority to investors from China, Japan, Singapore and other countries from that region.As a result, trade between China and Zimbabwe has been growing exponentially — China is now the biggest buyer of Zimbabwe’s tobacco.

Is this the stage for the government to be introducing the Chinese language ? We live in a global village were all nations are linked through trade, education and technology but what happens to our own culture and language?Travelling across the city of Bulawayo where Ndebele is the most common language used one stumbles upon signs writen well in Shona and English yet isiNdebele is wronglu spelt.What does that say about our own local languages?

Listening to one of the radio stations in Bulawayo one caller asked the presenters of the show if Zimbabwe adopts Chinese language will China adopt our own Shona or IsiNdebele? This left many people asking themselves of Is there need at this stage to be introducing foreign languages? or it is a grave miscalculation?

According to Professor Mashiri says there are plans to open at least five more Chinese teaching points in other parts of the country, and to construct a Confucius Institute building at the University of Zimbabwe. The Chinese Embassy in Zimbabwe has also promised to build a cultural centre to strengthen cultural cooperation between the two countries.

The world is now a global village, requiring people to understand each other’s culture and languages, says Levi Nyagura, the University of Zimbabwe’s vice-chancellor. “We want to see Zimbabwean students get jobs in China. We will continue to work hard to institutionalize the Chinese language, as we have done with the other major world languages.”

There are also suggestions for introducing Chinese into the national curriculum. “The net effect,” argues Professor Mashiri, “is to have the teaching and learning of Chinese cascade from university to secondary and primary schools.”

Turning and turning in the widening gyre. The falcon cannot hear the falconer; Things fall apart; thecentre cannot hold; Road signs in the streets of Bulawayo and posters continue to be spelt wrongly and the public has kept quiet about it.Should we have Mandaerin part of our schools curriculum when Signposts are still written in such a manner? You can be the judge to that my fellow reader. 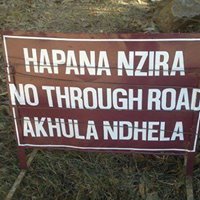