4 years ago | By My Bulawayo | Posted in About Bulawayo, Arts, Centrestage, Communication, Local News, Slider, Spotlight 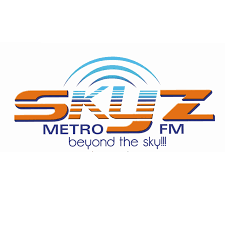 My Bulawayo had the opportunity to sit with the chief executive officer of SKYZ Metro fm Mr Qhubani Moyo, first commercial radio station in Bulawayo.(Q.H) Qhubani Moyo and (MB) My Bulawayo

MB. how do you feel about being the Chief executive officer of the 1st commercial radio station in Bulawayo?

QM.I derive more joy in what we have done as a collective is going to benefit the people of Bulawayo and the region in terms of space for our artists to expose their talents. we have had problems with our artists who have not got airplay and failed to moneytise their talent.  am very grateful that am leading the team at the moment.

MB. what is your vision for Bulawayo through SKYZ metro 100.3 fm?

MB. take us back to the day you first got your licence how did it feel?

QH.It was around 5;30 in the evening i was somewhere arounf Emganwini when the announcements were made, i was excited, at a personal level it was a journey i had moved for many years, i had tried  some projects before which failed to be licenced, i am the creator as well as the founder of Radio Dialogue as well as Ingwe studios in Bulawayo which never got the licence, but became an important medium for the development of talent in Bulawayo. finally the people of Bulawayo have got the medium to show case their talent, i was delighted.

MB.What are some of the challenges you have faced as a radio broadcaster to broadcast live?

QH.The key challenges are the existing macro economic challenges making the banks to face challenges in terms of payment to the equippment suppliers, our equippment has not come in totality, not because we have no money but the banks are unable to transfer the money to the suppliers. That has not really become a problem to us we have young people we have who know the value for radio and put their feet forward to do the pre recorded shows.

MB. currently how are you doing the pre recorded shows?

QH.we have got three studios running dedicating to recording different programmes, we record the day before, the rest of the programmes we record a day before or a few hours before they air on radio, right now we are able to broadcast without repeating anything,but am glad that just a few hours i received a notification that some of our equippment has landed somewhere in Harare through DHL and after this interview i will be making my way to Harare to collect the equippment,probably next week we will be doing Live programming.

MB. how will SKyz metro change the radio?

QH. In my culture umuntu kagidi eziqakezela,in my view it is for people to tell, but skyz metro has changed the face of radio in that radio in the past has been the medium for expression languages, cultures to some extent there wasa feeling and thinking that there is no talent on this side of the town but skyz metro has showed that we have our Mzo7, we have got oGuluva, oCalvin and oDonna, these are the people who are talented in Bulawayo. The station will celebrate our rainbow status, as Ndebeles, Xhosas, Tongas, kalangas and so on and so forth if we need to be successfull as a country we need to take our divesrse cultures and bring them into a sub total as one country which some radio stations have failed to do that.

MB. What will be different with Skyz metro fm as compared to other radio stations in Bulawayo

QH. first and foremost there is no other radio station in Bulawayo its one radio station am saying this speaking the frequency spectrum which is that fm is limited and that resource is only allowed to each country that is a member of the (ITU), international telecoms Union, Zimbabwe was given 6 frequencies for national stations, 4 zimbabwe broadcasting coperation stations , and the other by Zifm and the other by star fm. we do not view ZBC radio stations as competitors we are competing with historical disadvantages that have seen bulawayo people failing to get a voice, we are competing with marginalisation of language,culture, we are competing with lack of moneytisation by artists when we reach that level we will know we have competed.

MB.How exactly will you go about moneytising for local artists?

QH. we have artists whose music has not been played we are going to give them adequate air space we can promote them through playing their music, if they are popular on radion they can make money through shows

MB. are artists charged for that?

QH. no we are not going to charge any artists, am sure you have been listening in the past hour we had uGuluva and Mzoe 7 doing an interview, we are going to give them exposure, and though playing their music.

MB.  My last question is will we see Bulawayo born presenters on SKYZ metro

QH. the presenters that we have are from Bulawayo, we assured people that we will employ the people of name, we do not look at the length of your surname to be part of Skyz metro, we take talent talent as it is, umntwana wako Bulawayo ngowakoBulawayo, whether ulishona, or Ndebele, or ikhiwa that is how we view it

MB. thank you so much sir for your time